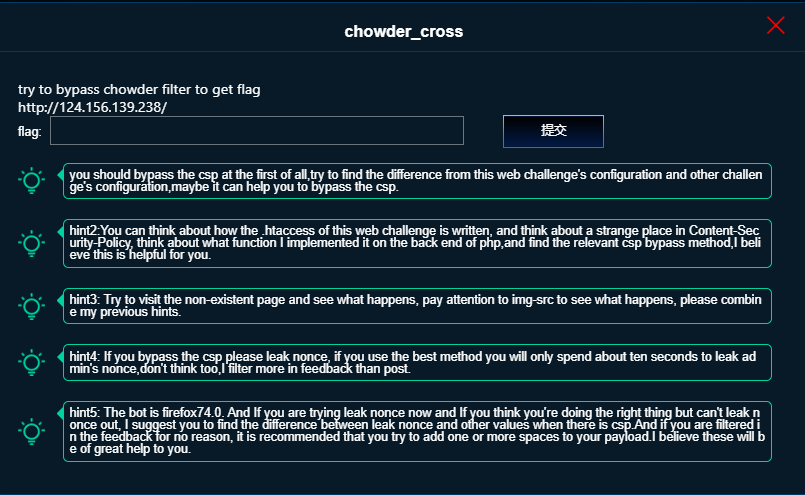 The csp of the title is as follows:

Obviously, the conventional xss payload can not be bypassed.

You can refer to the following link to learn it:

The xss bot is using firefox 74.0 version, this version is amazing, when the version is higher than 74.0 you will not be able to use this method of leak nonce because firefox removes the nonce when loading the dom, of course, this situation is greater than 60 in chrome version Will also happen.And there is also a little knowledge point. When there is a csp, if we want to leak nonce, we can not directly use script [nonce ^ = "a"] to attack like this. We must use other selectors as a part such as script [nonce ^ = "% s "] ~ nav.

So in the case of filtering keywords such as url, we can use import to import external css for leak attack, you can refer to the following article:

In the end we can compose the following script:

And construct the following payload:

And send the following url to the administrator:

Next you will receive a nonce from the administrator: 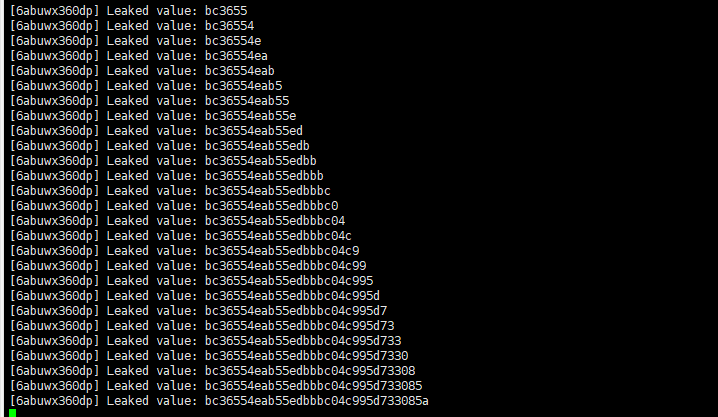 Due to the toString filtering of the front end, we can not directly obtain the flag function, originally we can use uneval or toSource function to bypass in the firefox browser, but here firefox74.0 has played a role, but in versions higher than 74.0 ,Source and uneval functions are disabled, I hooked the uneval function to leave a trap for CTFer, so that they did not find this secret so quickly, because my windows.uneval = noop is too simple, I guess it may Someone will try to bypass it.

The conventional method is to use iframe to obtain the pure toString function to bypass, but this time due to the front end hook filtered src : 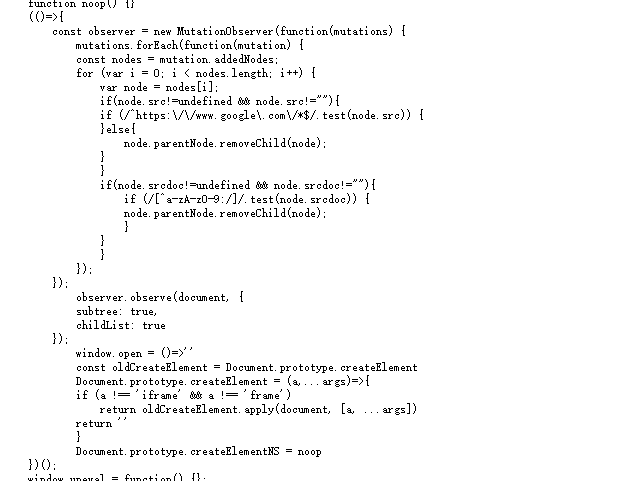 So we must first bypass it,My idea is to achieve the bypass effect by overwriting:

so the final payload is as follows:

And send the following url to the administrator:

You will get the flag following: